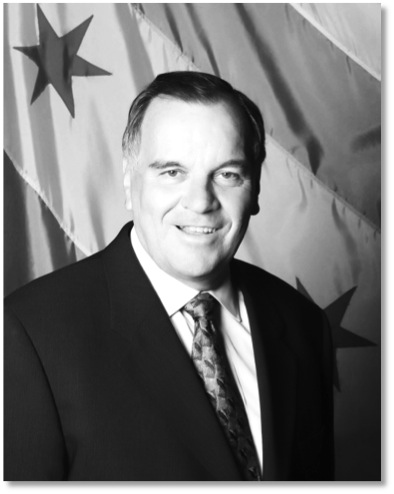 Richard M. Daley is the longest serving Chicago mayor, with 22 years of service heading the city. During his tenure, he instituted a variety of policies and projects  to improve the environmental quality of the City of Chicago.  In 2004, the Millennium Park opened in the heart of downtown, just north of the Art Institute of Chicago. The park has been recognized for its accessibility and green design. It features several installations such as the Jay Pritzker Pavilion, the Lurie Garden,  the Cloud Gate sculpture by Anish Kapoor and the Crow Fountain, which is both a video sculpture and an interactive piece of public art.

With more than 4 million visitors per year, the Millennium Park has become an iconic landmark of Chicago. The Financial Times descibes it as “an extraordinary public park that is set to recreate new iconic images of the city”, it is a “21st century interactive park that could trigger a new way of thinking about public outdoor spaces” and is a clear example of landmark design for which Lynch argues in his writings.

In addition, the park is an example of Daley’s efforts to green Chicago. His green roof initiative made Chicago a leader in green roof implementation. He has also been a strong advocate for increased bicycle lanes and facilities in the city and embodied Lynch’s legacy of linking environmental planning with good urban form.