Vancouver, British Columbia, is internationally recognized for its vibrant downtown vernacular of high-rise residential towers set atop townhouse or street-level commercial podiums. Sensitivity to the form of the city and its importance to the identity of Vancouver permeated the revitalization effort that resulted in its recognizable vernacular. Not only its buildings, but also its view corridors, street network and relationship to the natural environment were key formal elements in the planning process. In addition, the revitalization effort that preserved and enhanced its form included a highly participatory planning process, strong policies to promote mixed-income buildings, and transit oriented development. Known together as the “Vancouver Model” or “Vancouverism,” this high-density living with a human-scale streetscape is being replicated around the world.

Under the leadership of Ray Spaxman, who served as planning director from 1973 until 1988; Larry Beasley and Ann McAfee, who served as co-directors from 1994 until 2006, Vancouver leapt to the vanguard of putting the humanistic theories of iconoclastic urban thinkers such as Kevin Lynch and Jane Jacobs into practice.  They created downtown neighborhoods at a time when most other North American cities were destroying their urban fabric to accommodate auto-centric development. Vancouver’s highly imageable built environment, inclusionary policies, and the participatory process conducted under all three planning directors embodies Lynch’s ethos of a democratic and human-centered urban form. 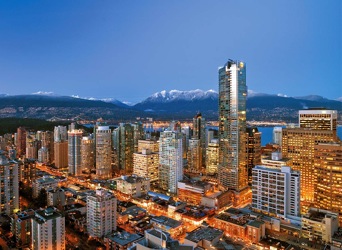 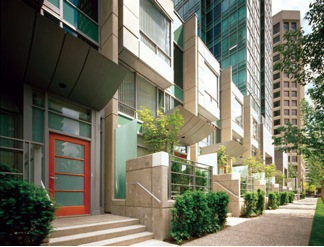